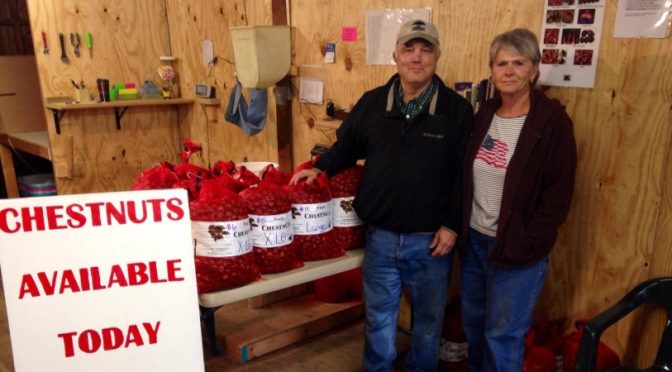 Prairie Grove Chestnut Growers is run by Roger Smith of Columbus Junction, Iowa. It has evolved from the Southeast Iowa Nut Growers that was run by Tom Walh. In the fall of 2013 Tom Wahl annouced he could no longer run the buying cooperative, Southeast Iowa Nut Growers. Roger Smith stepped in and renamed the enterprise. He also expanded its operations and found a superior location in Columbus Junction, Iowa.

Roger Smith, an excelent and freindly business man, grows chestnuts on his nearby farm. He is happy to talk to potential growers about the increasing markets for chestnuts.